You are here: Home / Archives for Animal Accidents

Below you can find our articles about accidents involving animals and the situations in which it is possible to make a claim for personal injury. 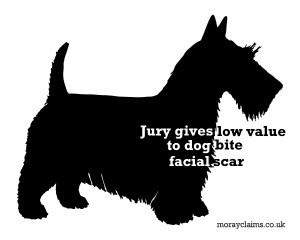 New Year’s Day in Scotland is a time when families get together to eat, drink and celebrate. Margaret Ferguson went to such a gathering, at her brother-in-law’s house in Dundee, on 01 January 2011. She ended the evening with a serious injury to her face: a full thickness laceration of the left side of her upper lip, extending to and involving the corner of her mouth. Over several months, she went on to need several surgical procedures. The injury left her with permanent scarring. Dog bite The cause of her injury was a bite by her brother-in-law’s Scottish Terrier, Dougal. The dog was nearly 10 years old and suffering from arthritis. As to Dougal’s character, he was “by all accounts, a very friendly good-natured little chap.” So why did he bite Mrs Ferguson? There was a dispute about the circumstances. Mrs Ferguson’s version of events was that, while sitting on the sofa, she had turned round to speak to her husband. At that point, Dougal had suddenly jumped forward and attacked END_OF_DOCUMENT_TOKEN_TO_BE_REPLACED 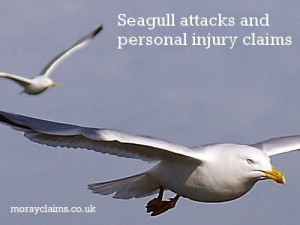 Seagull attacks on humans are most likely in Scotland in the period May to July each year Injuries caused by dogs and other animals can give rise to successful personal injury claims. But what about an injury caused by a seagull? This is what a judge in the Court of Session had to consider in Cathie Kelly’s claim against the owners of the building – an old Victorian school - in Greenock, where she worked. Swooping seagull As she was going out of Ladyburn Business Centre (“LBC”) to get her lunch, an adult seagull dived at Mrs Kelly with outstretched wings. The bird did not injure her directly; instead, she hurt herself in her effort to get out of its way, as she stumbled and fell. She claimed that the building owners failed to take reasonable care for her safety. Her claim was based on occupiers’ liability and – because she was at work at the time – health and safety regulations. Seagulls protecting their young In Scotland, and certainly in Moray, you don’t even have to live at END_OF_DOCUMENT_TOKEN_TO_BE_REPLACED

If an animal causes you an injury, can you make a claim for compensation?  The modern law of negligence owes a lot to a mollusc but what if you have an accident in Scotland involving an animal – can you claim for your loss or damage? The Cow's Adventure One case from the 1950s involved a clever cow which managed to escape from premises in Inverness’s Eastgate, where it was due to be auctioned. It then managed to climb the stairway of a nearby property and fall through the floor into the shop below. In its struggles it turned on a tap, causing flooding. It also trampled and damaged stock. The Sheriff in that case decided there could be a successful claim against those responsible for the cattle at the time, if they could be shown to have been negligent. Dog Bites In our experience, the most likely injury scenario will involve a person being bitten by an animal, typically a dog. The law here is principally regulated by the Animals (Scotland) Act 1987. Liability END_OF_DOCUMENT_TOKEN_TO_BE_REPLACED