You are here: Home / Archives for Bus Accident

Below you can find our articles about bus accident personal injury claims. 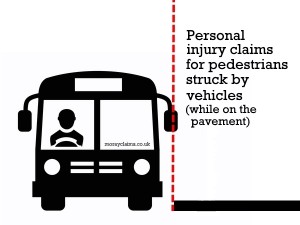 An accident which happened in East Road, Elgin, Moray, has resulted in a Court of Session action for personal injury compensation. The Court of Session is the highest civil court in Scotland. The decision of the court (2015) is a useful illustration of the principles which apply when you have an accident between a bus and a pedestrian who is on the pavement at the time. Elgin bus The injured person, Ian Whyte, was a 10-year-old school boy at the time of the accident in 2008. He claimed against Bluebird Buses Limited for injuries he suffered when a bus struck him as he was standing on the edge of the kerb at the bus stop. Several young people were jostling for position near the kerb, as the bus drew in to the stop. The evidence indicated that the collision was between the near side of the bus, towards the front, and the back of the boy’s head. The impact knocked him over. However, he managed to pick himself up and get home. Much of the evidence in the case was derived from CCTV END_OF_DOCUMENT_TOKEN_TO_BE_REPLACED

I commute most days to work by bus and am lucky that the most serious ‘accidents’ I have had to date have both affected my clothes only. Knee Slicers and Sticky Chocolate Seating Leg-room is not always great, depending on where you sit on the bus. I once managed to make a neat straight cut through the knee of one trouser leg on the horizontal metal strip on the back of the seat in front of me. More embarrassing was sitting down on a seat which someone had smeared with chocolate sauce. I only realised when I had difficulty standing up to get off at my stop. I’ve learned from that experience to wear jeans on the bus and change into a suit once I get to the office. Bus Timetabling Problems Buses and coaches usually operate according to timetables. Bus drivers have to do their best to keep things running on time. This is a difficult job when there are so many variables. These include things like: how much traffic there is on the road; how many passengers want picked up; whether they END_OF_DOCUMENT_TOKEN_TO_BE_REPLACED 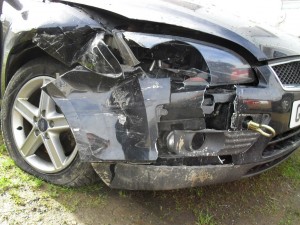 The general rule is that, if you are driving a vehicle and run into the back of someone else, it will be your fault and you will not be able to make a claim against anyone else. This law seems to be generally well understood. What if the driver in front behaved unreasonably? From time to time, we get enquiries from people who have rear-ended another vehicle but consider that the accident was not their fault because the driver in front stopped their vehicle suddenly or without good reason. An example of this is where you are second in the queue at a T-junction and you and the car in front are both turning left. You can see there is plenty time for you to turn onto the main road as well as for the car in front of you. Your attention is maybe more to the right than in front of you as you have no reason to expect the car in front not to ‘go and keep going’. However, for some reason, the car stops. Maybe the driver stalled or decided it wasn’t safe to proceed. In that situation, you’re END_OF_DOCUMENT_TOKEN_TO_BE_REPLACED