You are here: Home / Archives for Head Injury 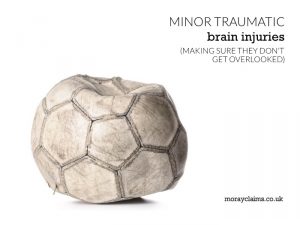 One of the most outstanding English football centre forwards of the 20th Century tells of how, in February 1941, he received his call-up papers to the Royal Air Force. After his basic training, he passed on to the course set for a wireless-operator air-gunner. His training took him to numerous places across England. Finally, he was posted to Moray where he was to have an accident which could easily (at best) have ended his footballing career before it had even begun. He takes up the story in his 1949 autobiography, “Football Is My Game”. “It was while I was at Lossiemouth that I met with the accident which nipped my “career” as a W/op.A.G. in the bud, and prevented me from being sent abroad. We were on operational training; the Wellington (bomber aeroplane) caught fire, and down we went in a dive. We finished in a fir plantation. The pilot and bomb-aimer were killed. The navigator lost a leg. I got out alive with various injuries of which the worst was a head wound END_OF_DOCUMENT_TOKEN_TO_BE_REPLACED