You are here: Home / Archives for Seatbelts 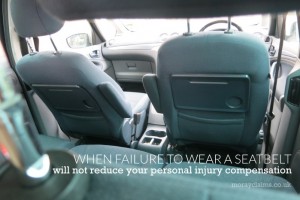 The modern car seatbelt was invented by a former aviation engineer, whose experience included working on ejector seats. By 1959, cars had seatbelts but only two-point waist restraints. In a car accident, this often did the wearer as much harm as good. Volvo engineer, Nils Bohlin, created a design which anchored the straps low beside the seat. This meant that the geometry of the belts formed a “V” - pointing at the floor – and that the belt would remain in place and not shift under sudden loading. Such a significant advance in driver and passenger safety could have netted Volvo a fortune on the patent. Instead, they gave it away. They decided that the invention was so revolutionary that its value should not profit their company but be a free, life-saving tool. In the world of personal injury claims, if you fail to wear a seat belt and are injured in a road traffic accident, you don’t expect to be free from blame. As we’ve examined elsewhere on this website, UK personal injury END_OF_DOCUMENT_TOKEN_TO_BE_REPLACED 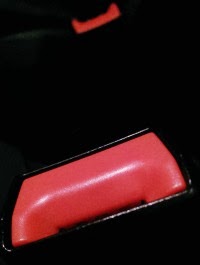 Click Clack, Front ‘n’ Back. Though there are other famous public information campaigns dating from the 1970s, seatbelt laws did not come into force in the UK until 1983. Regulations for children to wear seatbelts followed in 1989 and then for seatbelts in the rear seats in 1991. It took a while for many people to wear seatbelts regularly but now it has become the accepted norm for anyone getting into a motor vehicle. Most car manufacturers install alarm systems to alert the occupants when a seatbelt is not engaged and the vehicle is in motion. In spite of the rules, there are still some people who will not willingly wear a seatbelt and there are in fact exemptions for certain people. You will still have a claim but your compensation will be reduced If you are unfortunate enough to have suffered injury in an accident whilst not wearing your seatbelt, you will probably still be able to make a claim for personal injury.  The down side is that there may END_OF_DOCUMENT_TOKEN_TO_BE_REPLACED