You are here: Home / Archives for Uninsured Drivers 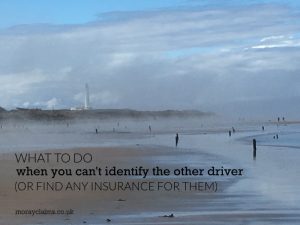 It's compulsory to have insurance to cover the risk that a third party will suffer loss because of your driving That’s the case whether the “injury” is to property or a person. As at 2016, however, figures published by Churchill Insurance suggested that, across the UK, there were estimated to be over a million uninsured motorists. In the worst urban hotspots (e.g. parts of London), you have as much as a one in eight chance that any motorist involved in an accident with you will be uninsured. What are important things to know if you are involved in an accident with an uninsured (or untraced) driver? The Government set up the Motor Insurers’ Bureau (MIB) in 1946. It is a limited company and it aims to help those who have suffered loss due to the actions of an uninsured or untraceable driver. The underlying principle is that no person should be left uncompensated because a driver who causes an accident is uninsured. Since the 1970s, the MIB has been an important means by END_OF_DOCUMENT_TOKEN_TO_BE_REPLACED

If you are injured in a road traffic accident caused by the negligence of a vehicle driver, you should be able to claim against their motor insurance because it’s compulsory to have insurance. But we all know that not everyone has insurance. You only need to read local newspapers like Moray’s Northern Scot. Reports of criminal prosecutions where someone has either driven without insurance, or caused or permitted someone else to drive without insurance, are common. In this article, we consider the procedures available for you to claim compensation if you have been injured by an uninsured driver. END_OF_DOCUMENT_TOKEN_TO_BE_REPLACED