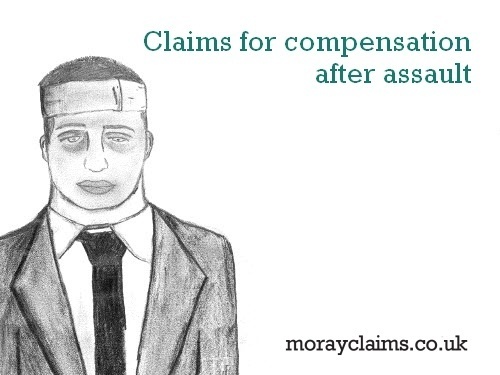 Most of our articles dealing with claims for personal injury cover injuries which have been caused as the result of someone’s negligence.

In other words, the injuries were not caused intentionally.

But what about situations where you have been injured because someone deliberately assaulted you?

As a victim of crime you may be able to claim compensation.

So what mechanisms exist to deal with claims for compensation after assault?

The Criminal Injuries Compensation Authority (CICA) is a Government body set up to deal with these claims.

There are strict rules on eligibility and certain factors can exclude you from making a CICA claim.

However, you may be entitled to make a CICA claim if you have been a victim of violent crime or if you were injured while trying to prevent a crime or stop a criminal or while assisting a police officer.

You must also note that if you apply for CICA compensation and you were living with your assailant as part of a family, you will not be allowed to proceed with the claim unless you no longer live together now and in the future. This provision is to avoid the risk of people benefiting financially, though indirectly, from their criminal behaviour.

It is a requirement that you should have reported the violent crime against you to the police as soon as possible. If you fail to report the crime within a reasonable period, your award could be reduced or extinguished.

Deductions from compensation can also apply if you were under the influence of alcohol at the time you were assaulted or if you have a criminal record, with unspent convictions.

A two-year deadline applies for making your CICA claim instead of the usual three-year deadline for other claims for personal injury compensation.

Valuation of your claim

The CICA provides a lengthy list of injuries for which you can claim compensation.

The level of compensation paid to you will depend upon the severity of your injuries.

No compensation is payable for claims valued under £1,000. This is because the CICA scheme is intended to compensate victims of serious injury only.

Where you have more than one injury, you can claim for up to three injuries. You just get a proportion of values of the second and third injuries, so it is important to keep in mind the tariff scheme in order to maximise the amount of compensation you receive.

Your injuries will be valued by means of a medical report and possibly photographs too.

You will need to provide evidence of any loss of wages. The first 28 weeks of lost earnings are not compensated and the payable amounts are capped. As a result, it is likely you will not receive full compensation for any loss of earnings.

The CICA scheme makes no allowance for payment of legal costs. This means you must either deal directly with the CICA to make your claim or appoint a solicitor to conduct the claim on your behalf – and pay them a fee, which will come out of your compensation.

It is possible to make a CICA claim by filling in forms via the internet.

Given that you cannot recover legal costs, there is a lot to be said for you making the claim yourself – without getting a solicitor to do what you can probably do just as well yourself.  This is generally what we would encourage you to do.  You do not have to pay a fee to the CICA to submit your claim and so there’s not really anything to lose by doing so. And, of course, if you delay too long in making a claim, you will lose the right to do so.

For more information about this article or any aspect of our accident and injury claims services, please call us on 01343 544077 or send us a Free Online Enquiry.