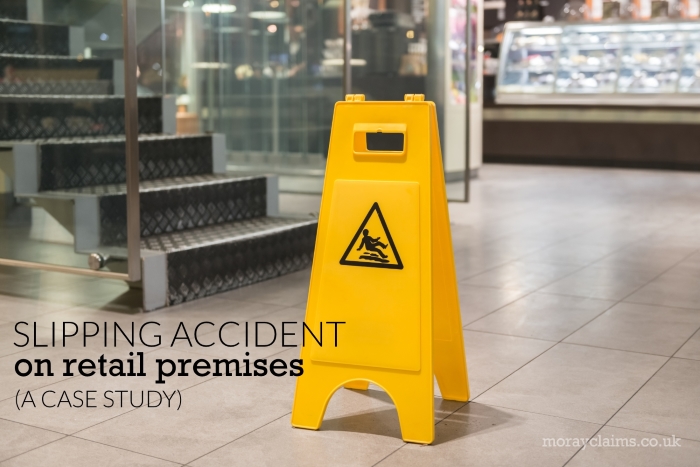 Ms S visited a fast food restaurant in Elgin at the end of a night out.

She needed to use the customer toilets.

She went through the door from the restaurant into the ceramic-tiled corridor which led to the toilets.

Though she did not notice the fact until after she had fallen, the floor was wet. This caused her to slip.

As a result of her fall, she suffered an injury to her back.

A “wet floor” sign was put out in the corridor, immediately following her accident. 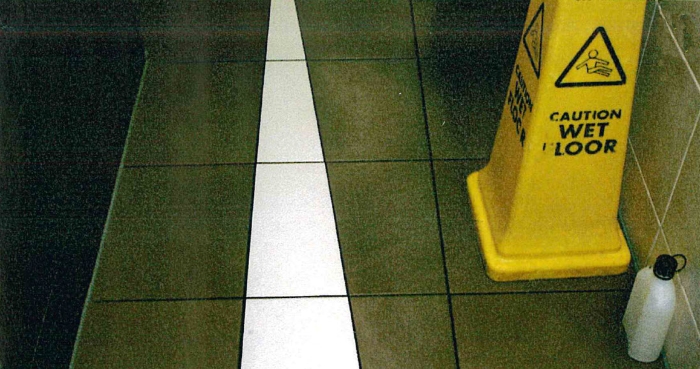 She reported her accident to a member of staff at the time but it was not until the next day that she realised the severity of the injury. She had the presence of mind to write a letter to the manager of the fast food restaurant informing him of the fact and details of her accident.

Grigor & Young made a compensation claim on Ms S’s behalf, in this case.

At all times, liability was denied.

With the benefit of legal aid, it was possible to get an orthopaedic medical report to establish the extent of the injury attributable to the accident.

It was also possible to engage the services of a slip resistance expert to carry out testing at the locus of the accident.

The insurers for the fast food restaurant were not prepared to accept – without scientific proof – that the floor at the locus became slippery when wet.

The claim was ultimately successful.

After the raising of an action at Elgin Sheriff Court, this claim settled on a full liability basis, though without any formal admission of liability. The insurers for the premises accepted there was a significant risk that we would establish breach of duty on the part of the restaurant, based on occupiers’ liability.

Factors we think had a bearing on the fast food restaurant’s insurers’ decision (finally) to negotiate settlement, following the raising of proceedings, were the fact that:

It was never clear how the floor had come to get wet at the locus.

It could have been due to cleaning carried out by members of staff. Alternatively, the water could have got there accidentally via a customer’s hands or feet.

A temporary “wet floor” sign might have prevented the accident and it was arguable that, given the risk that water could accidentally get onto the floor by a number of different means, there should have been a permanent sign (on the restaurant side of the door from the restaurant leading to the toilets) to warn of the risk of a wet – and slippery – floor. The SRVs gathered from testing at the locus showed that this was a floor which would become pretty slippery when it was wet.

We hope you have found this case study – about a successful claim for personal injury compensation following a slipping accident on retail premises – to be of interest.

If you have any questions about an issue raised by this article or about any aspect of our personal injury claims services, generally, please get in touch.

All initial enquiries are free of charge and without obligation. Call us on 01343 544077 or send us a Free Online Enquiry.