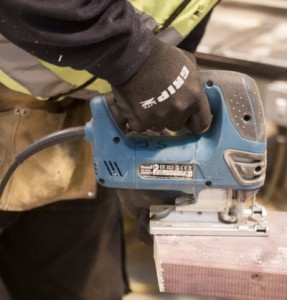 I have blogged previously about the proposed changes in the law relating to Employers’ Liability and it has now come to pass in the Enterprise and Regulatory Reform Act 2013.

It was the law that breach of regulations under the Health and Safety at Work Act 1974 could give rise to civil liability.

In some cases, this meant that there could be strict liability of employers – in other words, liability without needing to show any fault or lack of care on the part of the employer.

The case that came to be the classic modern example of this involved a postman who was injured when the front forks of the bicycle he was riding – and which his employers provided to him – collapsed without warning. It was established that the cause of the equipment failure was a hidden defect. The employers had not been negligent.  There was probably nothing they could reasonably have done to prevent the accident. Nevertheless, the employer was liable for the injury because, under the Provision and Use of Work Equipment Regulations 1992, there was strict liability. All the employee had to do was prove that the bike was work equipment and that it had failed while being used, causing injury.

We have been able to use this law successfully, for example, in a case involving the unexpected collapse of a chair in a works canteen resulting in injury to the employee.

The 2013 Act changes the position.

A Return to Purely Negligence-based Liability

Breach of a health and safety regulation can no longer of itself give rise to civil liability. It will be necessary to show fault / negligence on the part of an employer before a claim can succeed. Foreseeability is an important element in negligence. Generally, you need to be able to show that an accident was a foreseeable likelihood if the employer failed to take some particular measure or acted in a negligent way.

The bicycle accident and the chair accident above were probably not foreseeable accidents and it is unlikely they would give rise to successful claims under the revised law. It is not possible to make a blanket statement, though, and each case will depend on its own particular facts.

Accordingly, with the legal changes in place, it is likely that fewer employers’ liability claims will succeed and, across the board, these claims will become more difficult to run successfully. The ability to use regulations directly was powerful and often resulted in insurers admitting liability where a purely negligence-based approach might have caused them to dispute liability.

A Windfall for Insurers and a Denial of Justice

The Westminster Government maintains that these changes – which were not the subject of any consultation whatsoever – are necessary to relieve some of the health and safety “red tape” pressure on businesses. However, this misses the point that the development of employers’ liability over the last hundred years or more has been a reflection of the fact that employers are much better able than employees to assess and bear the risk of accidents occurring. It is right that employers should bear the risk and the cost of insurance.

The main beneficiaries of the changes are likely to be the shareholders of the insurance companies who would otherwise have been paying out damages.

If employees who had legitimate claims for compensation under the previous law are no longer able to claim successfully against their employers’ insurers, the burden of meeting the cost of any future care required will fall ultimately on the State – and indirectly on all of us.

When Does This Change Become Law?

The new legislation has been passed but is not in force yet. It is likely that the new law will be effective from 01 October 2013. It will only apply to accidents occurring on or after that date. So, if you are injured in an accident at work in the meantime, the old regime still applies.

What Should You Do if You are Injured in an Accident at Work?

Whilst the changes in the law will make these claims “on average” more difficult to win, by seeking the help of specialist accident at work solicitors as soon as possible following your accident you will give yourself the best chance of success.

If you need advice in connection with injuries resulting from an accident at work, get in touch with us via Peter Brash at peter@grigor-young.co.uk or at 01343 564813 or complete our free claim enquiry form by clicking HERE.  All initial enquiries are free of charge and without obligation.