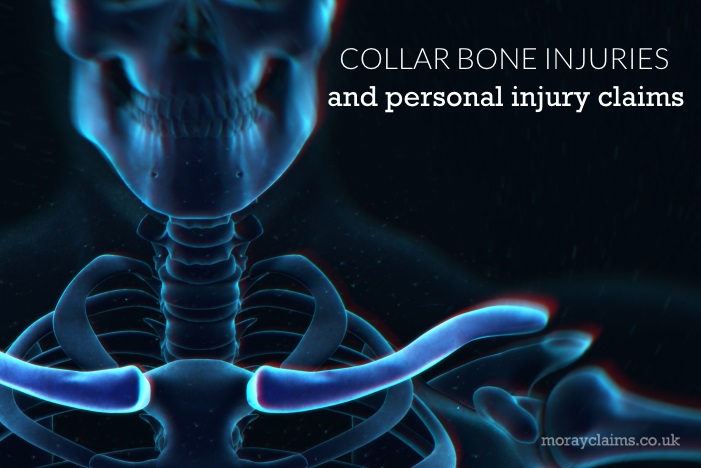 According to Guinness World Records, some of the records broken most often include:

They mention that another frequently-broken record is that of Oldest living person – though the oldest recorded person ever remains French supercentenarian, Jeanne Louise Calment, who was 122 years and 164 days old when she died in 1997.

If you look for discussion about the issue of “world records which are broken most often” on internet forums, “world’s youngest person” comes up a lot – that’s one we all held at one point, however briefly.

The question “what gets broken most frequently?” comes up in relation to bony injuries when we’re looking at personal injury claims. Which bone in the human body is most likely to get broken?

One serious contender for most-commonly-broken-bone is the collar bone or clavicle.

In this article, we will take three angles on the collar bone. Firstly, where and what is the collar bone? Secondly, what are the most frequent ways in which the collar bone gets broken? And, finally, how much is a collar bone injury likely to be worth in compensation?

Where is the collar bone and what purpose does it serve?

Also known as the clavicle, it gets its name from the Latin “clavicula” (a little key) because the bone rotates along its axis like a key turning in a lock when the shoulder is moved away from the body.

It connects the sternum (breast bone) to the scapula (shoulder blade).

You can easily identify your clavicle by feeling for a horizontal bone close to the front of your neck, curving toward your shoulder on each side. It protrudes quite noticeably so it’s difficult to miss. As the bone is only covered by skin and not muscle, you can see why it’s vulnerable to injury.

What are the most common ways in which the collar bone is fractured?

Injuries often arise in a sporting context: fractures caused by hits to the shoulder, from the force of falling on outstretched arms, and by a direct impact.

Treatment is usually by placing the arm at affected side in a sling (often “collar and cuff”) – for around a month. In serious cases, the fracture may have to be fixed in place during surgery, using metal plates and screws.

Callus formation (part of the healing process) at the point of fracture can leave a lasting, visible deformity. In other words, a bony lump – or “nobbly bit” – at the site of the fracture.

If you look at case reports of collar bone injury victims, the sorts of hobbies which tend to be affected include; karate; weight training; driving; horse riding; hiking/hill-walking (due to discomfort wearing rucksack – i.e. straps pressing on a callus which has formed at the injury site).

What levels of injury valuation apply to collar bones?

The section of the Judicial College Guidelines which applies to Fracture of the Clavicle is quite general in its terms.

The value of the injury claim will depend on:

For Scotland, the range of values is from about £4,000 to just over £9,000. However, unusually serious cases may justifiably exceed that bracket.

This is just the suggested range for the injury itself and does not include other heads of claim such as wage loss or services.

We hope you found this article about collar bone injuries and personal injury claims to be useful.

If you have any questions arising from this article – or regarding any aspect of our personal injury claims services generally – please feel free to get in touch with us at Grigor & Young.