You are here: Home / FAQs / How can you tell if someone has been negligent? 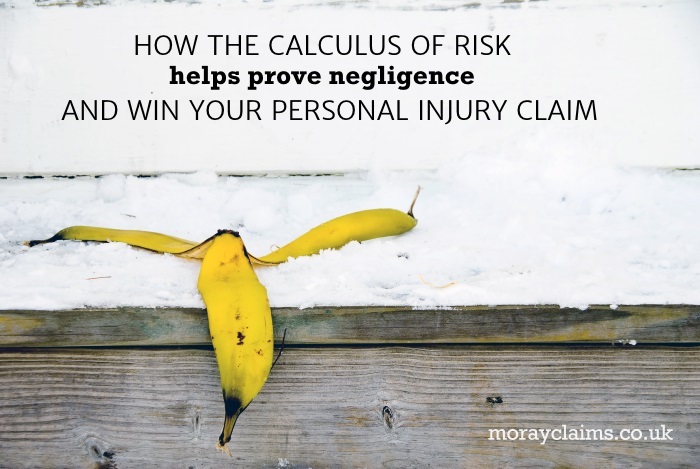 July 1999 was a momentous month for Scottish golf.

However, that championship will also be remembered for all the ‘wrong’ reasons

French golfer, Jean van de Velde, snatched defeat from the jaws of victory, throwing away a 3-shot advantage on the final hole. At the 18th, a par 4, he could have taken 6 shots and still won – but he took 7, in fact holing a decent putt just to get himself into the playoff which he eventually lost.

His play on the final hole is true ‘car crash’ television as he seemed to regress to beginner standard in dealing with the rough, a bunker and a water hazard.

In his book “The Art of Thinking Clearly”, Rolf Dobelli explains that skills involve an element of instinct and feeling. If you eliminate these factors, acting too deliberately or consciously, the risk is that the skill will fall apart. We have all experienced this problem; if not while golfing perhaps in other contexts such as playing a musical instrument or driving a vehicle.

With personal injury claims, there can also be a risk of overthinking

For example, when you are trying to assess whether a person has been negligent or not, in causing injury to another, there can be a temptation to over-analyse.

To minimise the risk of overthinking what is referred to as the ‘Standard of Care’, lawyers have come up with 3 main matters which should be taken into account – almost like a mathematical equation.

This simplification method is known as the ‘Calculus of Risk’

Expressed mathematically, liability depends upon whether the difficulty of taking precautions is considered to be less than the probability of occurrence of injury multiplied by the gravity of the injury which would probably result.

Note that we use a multiplication sign rather than an addition sign. This is potentially important. It means that if either the likelihood of an accident happening is very small or the likely injury is minimal, the product of those two elements will be small and so the burden of taking precautions, on the other side of the equation, will be relatively lower.

All of this is a bit abstract and some examples relating to each of these 3 factors might help to make things clearer.

1. The likelihood of an accident happening

This is going to depend on the reasonable man’s level of knowledge.

It may be limited by the position he was in or by the state of human knowledge generally.

Although the harm suffered might be, in a general sense, foreseeable, there may be no liability because the chance of it happening is so small that ‘a reasonable man, careful of the safety of his neighbour, would think it right to neglect it.’ These are the words of Lord Reid in the classic case of Bolton -v- Stone, from the 1950’s.

The ground at that side was bordered by a 7-foot fence. Due to a slope, the top of the fence was 17 feet above the level of the pitch. The wicket from which the ball was hit was about 78 yards from the fence and 100 yards from the place where the injury occurred.

The woman’s claim failed in negligence because the ‘level of likelihood’ part of the standard of care test was so low. of course, a cricket ball hitting you could have serious consequences but the risk to people outside the ground was held to be adequately controlled by the physical features in place.

2.  The possible seriousness of the consequences

It is the consequences to the injured person which must be considered. Accordingly, for example, where a person has only one good eye, the consequences of an injury to the remaining eye will be much more significant than they would be to a fully sighted person.

In the 1967 case of Porteous –v- NCB, the claimant worked as a labourer for NCB. He had no useful vision in his right eye and defective vision in his left. While plunging a drain, a twig struck his left eye and the result was that he became totally blind.

The judge found NCB liable to pay compensation. The severity of the damage the claimant might suffer if his one good eye came to be injured was so great that NCB probably should not have had him doing that particular task at all. It was too risky.

As we have seen, this is the factor on the ‘other side’ of the equation.

In one 1960s case, Mr Potec, a hopperman employed at a refuse depot had to dislodge refuse which got blocked as it passed along a moving chain at the bottom of a trench about 10 feet deep. He used a long steel pole to do this, while standing on a concrete working platform, which projected about 3 feet over the trench. The pole suddenly got stuck. Potec lost his balance and was injured when he fell into the trench.

He claimed from his employers alleging they had failed to provide a guard-rail along the edge of the working platform in order to prevent workmen from falling into the trench. However, the evidence was that this was not standard practice. In fact, having a guard rail would make it difficult, if not impossible, to do the task in question. The claim failed.

In Latimer –v- AEC, from 1953, a workman slipped and injured his ankle while attempting to load a heavy barrel onto a trolley. Shortly beforehand, as the result of an unusually heavy rainstorm, the floor of the factory had become flooded. An oily coolant mixture, normally contained in a channel in the floor (along which it was pumped to machinery), had mixed with the water. It left a slippery film on the floor, once the flood waters subsided. The employers had tried to reduce the slip risk by spreading sawdust on the floor but there was not enough to cover all areas.

Were they negligent? The court said ‘no’. Only by closing down the factory could they have eliminated the slip risk. The measures they had taken in the circumstances were sufficient.

What about other factors that play a part?

Courts sometimes take ‘Established Practice” into account – where an employer has followed the standard practice adopted throughout his industry, goes the argument, he cannot be criticised as negligent. The courts have, however, been prepared to look behind standard practices and still find negligence established.

In Cavanagh -v- Ulster Weaving, from 1959, the claimant, who was employed by the Ulster Weaving as a labourer, was seriously injured when he fell from a crawling ladder onto a glass roof. The ladder had no handrail, despite the slope and the fact he was carrying a bucket of cement. At the time of the accident, he was wearing rubber boots provided by his employers, the soles of which were wet and slippery.  Amazingly, the employer was able to provide “expert” evidence that the system in question was “perfectly in accord with good practice” at that time.

However, the court took the view that the evidence as to trade practice alone could not be treated as conclusive in favour of the employer. The fundamental principle is that an employer is bound to take reasonable care for the safety of his employees. In every case the question is whether the circumstances are such as to entitle the judge to say that there has or has not been a failure to exercise reasonable care. The claim for compensation succeeded.

As you can see from the cases, much of the law of negligence has been developed and clarified during the middle to end of the 20th century, often in the context of accidents at work.

As we have discussed elsewhere, health and safety regulations are now very important in setting the standard of care in the workplace. While regulations have overtaken negligence as the primary ground of action, it is still helpful to understand the sorts of thought processes involved in getting ‘from accident to breach of duty’ – something the Calculus of Risk does well.

You can help yourself with an initial analysis of any accident

Based on what we have discussed above, the types of questions you should be asking – to help you get the personal injury claim golf ball into the compensation hole – include:

We hope this discussion about the Standard of Care has been helpful in answering the question: “How can you tell if someone has been negligent?” But, if you have any questions as a result of this article, please get in touch. All enquiries are free of charge and without obligation.