There's a lot of jargon in any area of the law and these articles try to demystify and explain some of the core legal concepts which will affect your personal injury claim in Scotland. 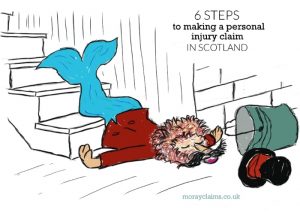 How difficult can it be to send a letter to County Cork in Ireland? Flor McCarthy of McCarthy & Co, Solicitors, in Clonakilty, Co. Cork is a marketing wizard when it comes to legal services. We sent him payment for a book he had mailed to us at our request. But the Euro notes we posted to him did not arrive. And still they never arrived. He probably thought this was a standard trick employed by Scottish solicitors; we thought someone must have intercepted and pocketed our cash payment (of course, embarrassingly, a method of payment we would never advise anyone else to use). Fortunately, Flor did eventually receive his money, which had gone on a round-the-world trip in the meantime. The envelope bore the stamp “Missent to Korea”. Who knew you could get a ink stamp that says that? (We’re now thinking of getting one for the office). Sometimes “simple” things can become complicated. Personal injury claims can be complicated but, for the purposes of this article, we END_OF_DOCUMENT_TOKEN_TO_BE_REPLACED 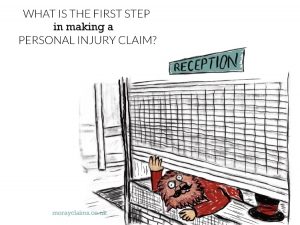 If you are injured or unwell and go to your local Accident and Emergency Department, you hope it is the first step on the road to recovery. Mr Darnley went to the A&E department of the Mayday Hospital in Croydon where he was told by the receptionist, in an offhand way, that it would be up to four or five hours before he was seen. After 19 minutes in the waiting area, Mr Darnley, who had head pain, decided to go home. Unfortunately, his condition deteriorated and he was taken back to the same hospital for a scan which revealed that he had bleeding on his brain. He was transferred to another hospital for neurosurgery but it was too late to prevent permanent injury - paralysis down one side of his body. In fact, the original receptionist had given Mr Darnley misleading information. Had he waited in A&E, he would probably have been seen within 30 minutes of his arrival - i.e. shortly after he left. Had he waited, his condition would probably have been diagnosed early enough END_OF_DOCUMENT_TOKEN_TO_BE_REPLACED 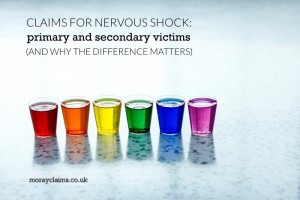 Primary colours are colours in their own right. They cannot be created through the mixing of other colours. The 3 primary colours are red, yellow and blue. If you mix primary colours together, you get secondary colours. Combining them in pairs gives you green, purple and orange. You can view the primary colours as sitting in the middle and forming the root of the colour system, with all other colours further out, like ripples on a pond spreading out from the centre. Primary colours are the most important and secondary colours are subsidiary. “Primary” and “Secondary” are terms used by lawyers to describe victims in relation to compensation claims for nervous shock. The same sort of explanation for the difference between them works here too. In terms of space and time, primary victims will have played a more significant role in the “events” than secondary victims. They take centre stage whereas a secondary victim is in more of a supporting role, towards the wings. The term END_OF_DOCUMENT_TOKEN_TO_BE_REPLACED 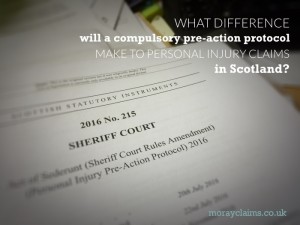 Shops in Scotland began charging 5p for single-use plastic carrier bags on 14 October 2014. Under the previous free-of-charge system, Scots were using around 800 million new bags a year. Scottish Government figures for 2014/15 show that the new law resulted in an 80% drop in plastic bag issue - equivalent to around 650 million fewer bags. It is becoming second nature for shoppers to take a bag with them from home. As a result, the spin-off benefits are obvious - for the environment and the good causes receiving donations collected from the bag tax. Having to pay the penalty of a 5p charge, if you don't provide your own bag, has transformed plastic bags from a nice-to-have optional item into a "don't leave home without it" necessity. The fact that plastic bag provision by supermarkets has dropped by 80% since the bag tax came in suggests it is not an exaggeration to say that we now regard providing your own bag as compulsory. Personal injury claims in Scotland are also END_OF_DOCUMENT_TOKEN_TO_BE_REPLACED 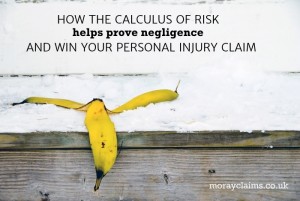 July 1999 was a momentous month for Scottish golf. The British Open returned to Carnoustie for the first time since 1975. More importantly, Paul Lawrie became the first Scottish winner since 1985 (and is still the most recent Scottish winner of a major). However, that championship will also be remembered for all the ‘wrong’ reasons French golfer, Jean van de Velde, snatched defeat from the jaws of victory, throwing away a 3-shot advantage on the final hole. At the 18th, a par 4, he could have taken 6 shots and still won - but he took 7, in fact holing a decent putt just to get himself into the playoff which he eventually lost. His play on the final hole is true ‘car crash’ television as he seemed to regress to beginner standard in dealing with the rough, a bunker and a water hazard. One author has classified van de Velde's problem as one of 'overthinking' In his book “The Art of Thinking Clearly”, Rolf Dobelli explains that skills involve an element of instinct and feeling. END_OF_DOCUMENT_TOKEN_TO_BE_REPLACED

By definition, contributory negligence can only come into play where your claim is going to be successful. The insurance company dealing with the claim will have accepted 'primary' liability and, in doing so, they accept they have to pay you some compensation. However, they want to restrict how much they have to pay to you and contributory negligence is one way they can try to do that. It means they are saying the accident or the injuries you have suffered were partly due to your own fault. This could be because: you did not take proper care when crossing the road and that was part of the reason for you being knocked down; you tripped over something you ought to have seen, if you had been taking reasonable care; you did not wear a hard hat on a construction site and you were more seriously injured than you would have been otherwise when something fell on your head; or as per the photograph at the top of this article, you were injured due to falling from END_OF_DOCUMENT_TOKEN_TO_BE_REPLACED 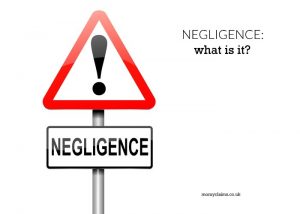 Accidents which are no one's fault An accident is an event which could not reasonably have been foreseen by anyone and for which no one should be held responsible. If your injury is the result of such a mishap -  a ‘pure’ accident -  you will not be able to make a successful claim for compensation. Accidents which are someone's fault The modern idea of negligence dates from the 1930s.  Negligence: what is it ? The basic definition of negligence that lawyers now use comes from the Scottish case of Donoghue –v- Stevenson. As a result of that case and other later cases, the law places defined limits on the classes of person who can claim and the types of injury for which they can claim. If you are going to be able to claim successfully, the person who injured you has to have been in such a position that they ought to have had you in mind when considering the possible impact of their actions in the circumstances. In practice, from the point of view of the person owing the END_OF_DOCUMENT_TOKEN_TO_BE_REPLACED