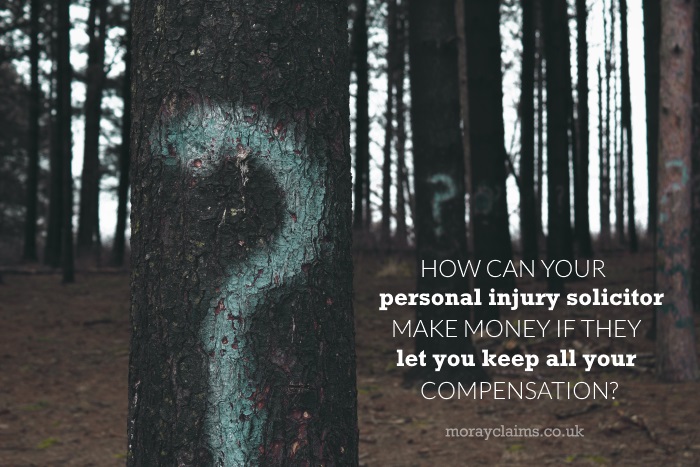 One of my favourite rock bands is the Canadian trio, Rush. I have seen them live in concert 5 times between 1981 and 2013.

They were inducted into the Rock ‘n’ Roll Hall of Fame in 2013, having released their first album as long ago as 1974.

By 1976, Rush were about to release their fourth album.

Their previous LPs had been relative commercial failures. And so their record label encouraged them to ditch the ‘concept album’ format – with whole sides devoted to a single theme or story – which they had followed for albums 2 and 3.

In fact, they stuck to their philosophy. Side 1 has the 7-part suite of the album’s title, set in a musically intolerant world, now less than 100 years in the future. 2112 (“Twenty-one Twelve”) went on to become arguably their most famous record; it was certainly their breakthrough.

The final track on Side 2 is called ‘Something for Nothing’ and has the chorus:

In tune with the words of the song, having released 4 albums in 3 years, Rush could not be accused of laziness. Beyond that, they had shown self-reliance in sticking to a musical format which had been criticised by their ‘bosses’ and it had paid off.

‘You don’t get something for nothing’ is a common theme in life.

With no win-no fee personal injury claims, some solicitors (ourselves included) promote their services by saying that, if your claim through them is successful, you will receive 100% of your compensation, without deduction. In other words, you will be getting something (their services) for nothing, because you pay nothing to the solicitor whether your claim succeeds or fails. Is that realistic? Is it in your interests to agree to such an arrangement?

How does your personal injury solicitor make money if they do not charge you anything?

In considering this question, we will look at 3 aspects of costs and charges.

Firstly, we will look at how solicitors can get paid fees for the work they do other than by you, the client. Secondly, we will look at cash-flow and funding: how will your solicitor be able to fund the outlays on your case, as it goes along, if you’re not paying anything? And finally, is a no win-no fee ‘100%’ agreement a recipe for poor service and under-settlement of the value of your claim?

1. How do solicitors get paid in no win-no fee cases?

For most claims, there is an insurance background. For road traffic accidents, there will be a motor insurer; for accidents at work, an employers’ liability insurer.

This is important because cases which do not have an insurer in the background – e.g. some claims involving injuries caused by animals – are much more problematic and risky (and may even be non-viable) for the very reason that there is no ‘guaranteed’ way your solicitor will get paid if the claim succeeds.

In these insured cases, if the claim succeeds, your solicitor will get paid something for their efforts in one of two ways:

In each of the two above scenarios, fees/costs are paid by the insurer in addition to the compensation that is payable to you.

What’s the difference if your solicitor is not offering you a 100% deal?

If your solicitor is not offering you a 100% deal, they will probably tell you that they take a ‘small’ percentage of your compensation in proportion to how risky your claim is. From experience, percentages can go up to about 30% – and 20% is probably most common.

In terms of risk, though each case is unique, most road traffic claims where the injured person was passenger in a vehicle would be considered ‘low risk’. An example of a generally ‘high risk’ type of claim would be claim against a local authority for a trip and fall due to a defective pavement.

The main point to note is that, in successful cases with an insurance background, your solicitor is not working for free. The solicitor will be paid fees on the percentage basis or the judicial basis.

Where the solicitor is also taking a percentage from your compensation, they are taking that over and above what they are already getting on the percentage or judicial basis.

2. Funding the case as it goes along.

Full preparation of a personal injury case is costly:

Some solicitors will have outlay-funding arrangements with banks. Others just accept that the outlays have to be incurred and borne by the solicitor’s firm until the conclusion of the case.

In a no win-no fee case, your solicitor should properly take out After The Event insurance, which will cover the outlays incurred on your behalf and the opponent’s legal costs (but not any fees for your own solicitor) in the event that your claim fails.

3. The risk of a corner-cutting service and under-settlement of your claim.

The argument here goes that, if the solicitor isn’t taking any money from you, the client, what incentive do they have to ensure you receive the right level of compensation, appropriate to the injuries and other losses you have suffered?

Will your solicitor just advise you to accept the first offer they receive on your behalf from the Insurance company?

It appears to be attractive and simple business logic that, the less work your solicitor has to do, the higher their profit margin will be.

On the face of it, there’s nothing to provide an incentive for them to work harder on your behalf. In other words, is the promise of getting something for nothing from your solicitor just the first sign that you are about to receive a poor service?

A lot of factors come into play in answering this possible criticism.

In the pre-litigation, percentage-scale-fee cases, discussed above, there is clearly an incentive for the solicitor to maximise your compensation – because they will get a proportionately higher fee, as a result.

The argument is less clear when the case has had to go to court but most solicitors would, in any event, agree with the view that an insurance company’s first offer is rarely their best offer. While, as we keep emphasising, each case has to be considered on its own merits to some extent, experienced solicitors would generally advise you to try to improve on an insurance company’s first offer.

Solicitors must always try to achieve the best outcome possible for their clients and that is coupled with an element of professional pride which focuses solicitors on trying to maximise settlements for personal injury clients anyway.

Another incentive is provided by the solicitor’s knowledge that, if the claim is obviously under-settled, they may find the client consulting other solicitors once the claim has settled and possibly claiming against the original solicitor on the basis of professional negligence.

For solicitors concentrating on delivering client services in a defined geographical area (such as Moray), they certainly don’t want to get a reputation for providing a shoddy service and selling clients short with their personal injury claims because that has the potential to impact badly on every service provided by the firm.

Your solicitor does get paid – by insurers – if your personal injury claim is successful. The real question is whether that recovery of costs is ‘enough’ for them or whether they feel the need to look to you for a top-up out of the compensation you are receiving.

If you are dealing with a solicitor who feels it necessary to take a percentage of your compensation, if your claim is successful, obvious questions to ask the solicitor are:

Yes, there are costs to be borne by the solicitor as the case goes along. These can run to thousands of pounds. Your solicitor can, and will, insure against the risk that the claim fails, so these costs will be recoverable.

For sure, your solicitor could try to do the minimum amount of work to get the maximum profit on the file but that is risky because, if the claim fails, neither you nor your solicitor will receive any pay-out. It’s not realistic to suggest that your solicitor will have an incentive to knowingly under-settle your claim in order to maximise short-term profit because the risks to reputation (from a client complaint for poor service) and long-term profit (from a claim in professional negligence due to under-settling a claim) are far too great.

Rush’s drummer and lyricist, Neil Peart, wrote that you don’t get something for nothing and the words of the song read like a call to action. Ultimately, that is true with personal injury claims too.

You may get ‘compensation for free’, in the sense, that you get to keep all the money that your claim is deemed to be worth. However, you still have to work for that compensation by providing information to your solicitor, attending medical appointments, making sure you comply with medical / rehabilitation advice and, possibly, attending court to give evidence. So, in that sense, you don’t get something for nothing. A personal injury claim is a team effort between you and your solicitor; you can never hand it all over to them.

The funding of personal injury claims is not straightforward. There is a lot of information out there on the web which is likely to mislead or confuse you. That’s not to say that the information is deliberately that way. It’s just complicated to explain. The ‘something for nothing’ element sounds too good to be true and that’s bound to make people suspicious. Just as there may be situations where a solicitor who usually offers a ‘100% compensation’ deal cannot do that in a particular case, so you should not be fooled into thinking that losing a percentage of your compensation to pay your solicitor is inevitable; it isn’t – as I hope you can see from the above.

If you have any questions at all, feel free to contact me (Peter Brash) or my colleague, Marie Morrison. We’d be glad to hear from you and all enquiries are free of charge and without obligation. You can call us on 01343 544077 or send us a Free Online Enquiry.