You are here: Home / Archives for Colles’ Fracture 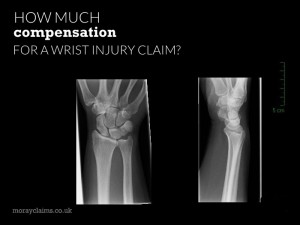 Elgin’s Dr Gray’s Hospital takes its name from Alexander Gray. He was born in Elgin but died in India in 1807, having spent over 20 years working as a surgeon for the East India Company. He had amassed quite a fortune and he bequeathed the bulk of his estate to his native town. The sum of £20,000 (probably equivalent to more than £1 million today) was allocated “for the establishment of a hospital … for the sick and the poor”. Gray’s next of kin contested the will and it was not until 1814 that a court declared the money to be free for use to buy a plot of ground on the west side of the town. Building went ahead from the following year and the (then, 30-bed) hospital opened on 01 January 1819. 1814 was an important year for the future practice of medicine in Moray but it was also an important year in the wider medical world. 1814 was also a significant year in relation to the diagnosis and treatment of wrist injuries. In 1814, Abraham Colles (1773–1843), an Irish surgeon who END_OF_DOCUMENT_TOKEN_TO_BE_REPLACED