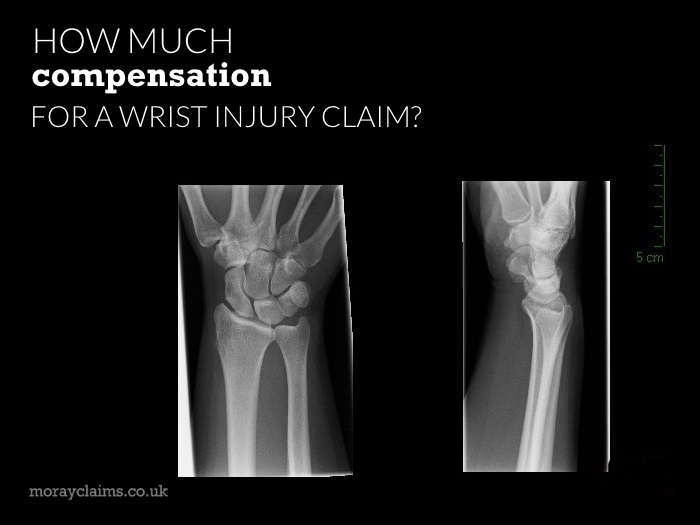 He was born in Elgin but died in India in 1807, having spent over 20 years working as a surgeon for the East India Company. He had amassed quite a fortune and he bequeathed the bulk of his estate to his native town. The sum of £20,000 (probably equivalent to more than £1 million today) was allocated “for the establishment of a hospital … for the sick and the poor”.

Gray’s next of kin contested the will and it was not until 1814 that a court declared the money to be free for use to buy a plot of ground on the west side of the town. Building went ahead from the following year and the (then, 30-bed) hospital opened on 01 January 1819.

1814 was also a significant year in relation to the diagnosis and treatment of wrist injuries.

In 1814, Abraham Colles (1773–1843), an Irish surgeon who spent time in Edinburgh and London before settling in Dublin, correctly described a wrist fracture which, until that time, had generally been taken to be a dislocation injury. The result was that the term “Colles’ fracture” came to be used in everyday medical practice, right up to the present.

This article will concentrate on wrist injuries and look at 3 main topics.

Firstly, what is a Colles’ fracture and what is its importance in personal injury practice? Secondly, what types of accidents give rise to wrist injuries? And, finally, what levels of compensation are attributable to particular wrist injuries?

1. What is a Colles’ fracture and what is its importance in personal injury practice?

The wrist is the joint which connects the hand to the forearm.

If you work in an Accident and Emergency department, a Colles’ fracture of the wrist is among the most common bony injuries you will come across. Somewhere between 10% and 20% of all fractures are thought to be Colles’ fractures.

(Note that “Colles” seems to be pronounced “Koll-ess” (2 syllables, with the stress on the first one) rather than a monosyllabic “Coals”).

Abraham Colles’ genius was in accurately describing this fracture of the distal (i.e. wrist end of the) radius about 80 years before the advent of x-rays.

A fall onto an outstretched hand is the most common cause of this type of fracture.

In younger people, significant force – such as that generated by a car accident or a fall from significant height – may be required. In older people, a fall from a standing position will be enough, particularly if they have osteoporosis. (Fall onto outstretched hand is often abbreviated to “FOOSH” in medical notes).

It’s a nasty injury because the symptoms often do not clear up completely. Complications include permanent deformity of the wrist, loss of dexterity and mobility, and nerve damage. A broken wrist for an older person can be a life-changing injury.

The frequency – and importance – of the Colles’ fracture is reflected in personal injury practice by the fact that it has its own entry in the standard guidelines used by solicitors and insurers to quantify claims for personal injury, as we will see below.

2. What types of accident give rise to wrist injuries?

Looking at our own experience from various case files over the years, examples of accidents resulting in wrist injuries (most of them, in fact, Colles’ fractures) include:

3. How much compensation will you get for a wrist injury?

The claim for solatium for the pain and suffering associated with your wrist injury is usually just one part of an overall claim which may also include claims for wage loss, services and out-of-pocket expenses.

The Judicial College Guidelines are the first reference point when valuing solatium and the range of values applying to Scottish claims goes up to just under £30,000.

In these most serious cases, the wrist bones may have to be fused, meaning there will be no useful movement at the wrist at all and complete loss of wrist function.

Less serious injuries which still leave some permanent disability, such as persistent pain and stiffness, have a range of values up to just under £20,000.

As mentioned above, the Colles’ fracture gets its own entry – “an uncomplicated Colles’ fracture” having a value around £5,650. A wrist injury from which the victim makes a complete recovery (say, over 2-3 years from the date of the accident) will rarely be worth more than £7,800, according to the Guidelines. And any wrist injury from which a full recovery is made within a year of the accident, will usually be worth up to a maximum of £3,600.

The Guidelines are just guidance.

The valuation of claims is more an art than a science. Each case is unique and advice from a specialist personal injury solicitor will always benefit you in maximising the value of your claim.

A wide range of wrist injuries exist and they can be caused in many different ways.

The Colles’ fracture – of the distal radius – is probably the most common type of broken wrist. It’s easy to see why because we have all had to thrust our hands out to break a fall at some time in our lives and that’s the usual accident scenario for a Colles’ fracture.

Though damages of £1 million in a wrist injury case will be unusual, at least claimants should not have to endure the 7-year wait it took to sort out Dr Gray’s generous and enduring bequest to the people of Moray.

If you have any questions about this article, please get in touch with us.  All initial enquiries are free of charge and without obligation. You can contact Peter or Marie in our Elgin office on 01343 544077.

Alternatively, you can send us a Free Online Enquiry.