You are here: Home / Archives for Child accident

Below you can find our articles about the legal aspects of accidents involving injuries to children.

I commute most days to work by bus and am lucky that the most serious ‘accidents’ I have had to date have both affected my clothes only. Knee Slicers and Sticky Chocolate Seating Leg-room is not always great, depending on where you sit on the bus. I once managed to make a neat straight cut through the knee of one trouser leg on the horizontal metal strip on the back of the seat in front of me. More embarrassing was sitting down on a seat which someone had smeared with chocolate sauce. I only realised when I had difficulty standing up to get off at my stop. I’ve learned from that experience to wear jeans on the bus and change into a suit once I get to the office. Bus Timetabling Problems Buses and coaches usually operate according to timetables. Bus drivers have to do their best to keep things running on time. This is a difficult job when there are so many variables. These include things like: how much traffic there is on the road; how many passengers want picked up; whether they END_OF_DOCUMENT_TOKEN_TO_BE_REPLACED 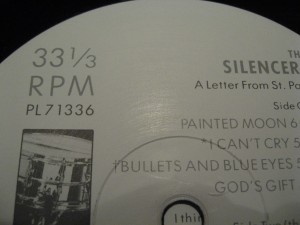 We at Grigor & Young / Moray Claims recently dealt with a personal injury claim for a child who had suffered loss of several teeth following a fall in a local-authority-run play park - caused by a defective ground surface. The best settlement offer received from the insurers in negotiations before court action was raised was £750. Raising a court action resulted in a subsequent negotiated settlement of the claim at £25,000 – in other words, 33 times the best pre-litigation offer. Insurance companies are constantly putting forward the line that personal injury solicitors are simply expensive middle men. The insurers maintain that they can themselves fairly assess the compensation that is due and that, if you choose to deal with them directly, you will not be prejudiced. They will negotiate settlement of the claim with you and your claim will not have to go to court. The insurers say that the benefits of this solicitor-less approach go further. If less money has to be spent on END_OF_DOCUMENT_TOKEN_TO_BE_REPLACED 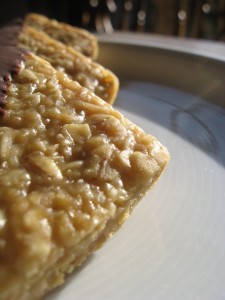 The hysteria that goes along with the so-called “Compensation Culture” is generally nowhere more misplaced than in relation to accidents to children at school. Parents who instruct solicitors to pursue claims for damages for injuries to their children sustained in school will usually only experience disappointment. That’s not say that these claims can never succeed but “health and safety gone mad” tends to crop up a lot in this context. The standard of care expected of a school is that of the reasonable parent. Castle View School in Canvey Island, Essex, has reportedly banned triangular flapjacks after a student was struck in the face by one at break time. Canteen staff have been instructed that in future they must cut flapjacks into squares or rectangles. A spokesman for the school said: "I can confirm that the texture and shape of the flapjacks were reviewed following an isolated accident last week." A spokesman for the Health and Safety Executive said, pointedly: "We END_OF_DOCUMENT_TOKEN_TO_BE_REPLACED

If you have been injured in an accident and you think it was partly or wholly your fault, it might discourage you from making a claim at all. You need to remember that negligence is a legal concept. Injured people who think they are legally to blame for the accident which caused their injuries are often wrong. It is always worth getting legal advice from a specialist personal injury solicitor. Where the injured person is a child, often it can appear that they have been foolhardy in their behaviour. Cases in which children have climbed onto things and fallen or otherwise hurt themselves are nothing new to the law. In a case from the year 2000, the eminent judge, Lord Hoffman, pointed out that the law appreciates that the ingenuity of children “in finding unexpected ways of doing mischief to themselves and others should never be underestimated”. Lisa Wardle made a claim against Scottish Borders Council on behalf of her nine-year-old daughter. This was after her daughter fell END_OF_DOCUMENT_TOKEN_TO_BE_REPLACED 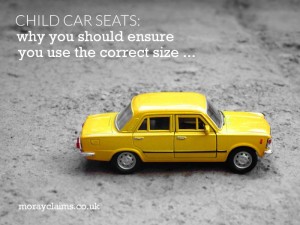 It’s bad enough to be involved in a road traffic accident in which someone is injured ... ... but it is even worse if that person is a young child. As a parent, you will find it difficult to come to terms with an injury to your child even if the accident was not your fault. What follows is the facts of a case from 2012 where a mother – who was driving the vehicle in which her injured child was a passenger – was not responsible for the accident at all but was still found to be partly responsible for her child’s injury. In this accident, there was a collision between two cars near Wrexham, North Wales. The driver of the other car lost control of his vehicle and it crossed to the wrong side of the road. There was nothing Louise Williams could do to avoid the crash. The driver of the other car was killed. Ms Williams’ daughter, Emma, aged three, was seriously injured. In the back of Ms Williams’ car, there were two child seats. One was a child seat fitted with a harness (for END_OF_DOCUMENT_TOKEN_TO_BE_REPLACED