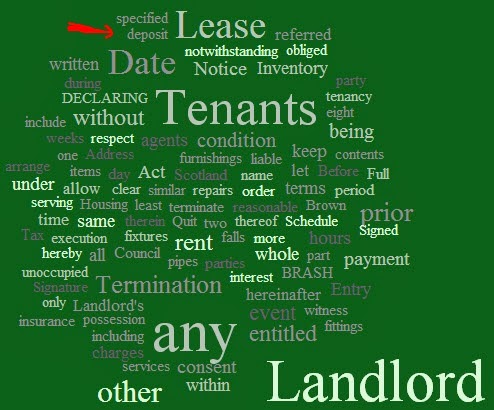 A Tenancy Deposit Must Be Lodged With An Approved Third Party

[EDITOR’S NOTE: Please note that, while the article which follows is still relevant in terms of the way the value of claims under the Tenancy Deposit regime are calculated, the procedure for making such claims are to be made in Scotland has altered from 01 December 2017. Most private domestic tenancy issues (i.e. tenancies without a local authority or social landlord) have been removed from the jurisdiction of the Sheriff Court. Now, these are now under the control of the First-tier Tribunal for Scotland (Housing and Property Chamber). This change means that it is not going to be financially viable in most cases to employ the services of a solicitor to make such claims. You can find further information on the mygov.scot website).

Whether you are a landlord or a tenant of residential property in Scotland, you need to be aware of the new tenancy deposit landscape as it can have significant financial implications for you.

We posted previously about the introduction of the new legislation and the likely effects of it.

The Scottish courts have now issued three decisions in relation to the operation of the Tenancy Deposit Schemes (Scotland) Regulations 2011.  In each case, the Landlord has been required to make a payment to the Tenant in an amount at least equal to the value of the deposit itself.

Tenancy agreements relating to domestic properties usually require the tenant to pay a deposit which will be refunded at the end of the lease, assuming the rent is up to date and the property is left in a good condition.

The main purpose of the regulations is to safeguard the tenant’s deposit.

The regulations force landlords to lodge deposits with a third party

Where a landlord claims entitlement to the deposit, in full or in part, at the end of a tenancy, the independent arbiter will have to be convinced of that by evidence provided by the landlord.

Penalty if the landlord fails to comply

The regulations contain a penalty element, intended to ensure landlord compliance.  If the landlord fails to place the deposit with an approved deposit holder and give the tenant the details, the landlord can be required to pay to the tenant an amount of money up to three times the value of the deposit.

What the tenant needs to do if there is a breach

The tenant can – no later than three months from the end of the tenancy – apply to court for a monetary order in terms of the regulations.  There is a prescribed form of court procedure for this.

It is strict liability if the landlord has failed to comply with the regulations. In other words, the court does not consider how much “at fault” the landlord was, if at all.

The regulations do not give any guidance to courts about how they are to assess the level of penalty to be paid up to three times the deposit.  However, it does not seem to be permitted for the amount to be assessed at nil. The court must make some monetary payment order and appears to have absolute discretion as to the amount, subject to the value of the deposit and the triple multiplier as a maximum.

Once liability is established, in reaching its decision, the court will have regard to any mitigating circumstances.  Carelessness, inexperience or inadvertence can be brought into play here and might persuade a court to reduce the level of penalty imposed.

Court decisions in tenancy deposit cases under the new law

In Pease –v- Meehan (29 August 2013), Sheriff Mackie found the tenant entitled to payment of an amount equal to three times the value of the deposit, the maximum penalty.  The same level of penalty was assessed in Russell –v- Tenzin   (20 December 2013), an appeal decision of Sheriff Principal Stephen.

In both these cases, the landlord had retained or made deductions from the deposit held by them. The court considered this to be a serious breach, justifying imposition of the full penalty payment.

In Smith –v- Chan (October 2013)  the landlord had placed the deposit with an approved scheme but had failed to notify the tenant of that fact.  In this case, the Sheriff restricted the amount of money payable to the tenant to the value of the deposit itself (i.e. one-third of the maximum penalty) because it was considered to be more of a technical (i.e. less serious) breach of the regulations than anything.  Nevertheless, despite the low level of blameworthiness of the landlord, the penalty payment was still £775 in the crcumstances.

Before this new law came into force in 2011, the value of any claim for return of a deposit (i.e. almost always for a sum of money less than £3,000) was such that the tenant would have to raise a court action using Small Claims procedure.

As the level of recovery of expenses (costs) is heavily restricted in Small Claim actions, it was uneconomical to instruct a solicitor in relation to the proceedings – and many tenants found the hassle and complexity of court action too great.

On the other hand, the system which applied between 2011 and 2017 required any tenancy deposit payment claim to be raised as a Summary Application in the Sheriff Court. This made it much more realistic to consider instructing a solicitor to raise the action on your behalf if you were the tenant.

Unfortunately, given the costs regime which applies in the First Tier tribunal, mentioned at the Editor’s Note, above, it will not generally be financially viable to instruct a solicitor to make a tenancy deposit claim on your behalf. You will have to rely on more “self-help” remedies, as described below.

How to get help about a Tenancy Deposit issue

(Subject to what is contained in the Editor’s Note at the top of this article…) If you have any queries regarding a tenancy deposit or any issue arising from a residential tenancy – whether you are a landlord or a tenant – feel free to contact us. Any initial chat is free and without obligation. Peter Brash can be contacted via email or via 01343 544077. Alternatively, complete an online enquiry by clicking HERE.

If you require advice about a tenancy deposit case, we suggest contacting your local CAB or referring to the information on the mygov.scot website (for example, here). As indicated above, the hard reality is that you will probably have to deal with a claim yourself through the First-Tier Tribunal.